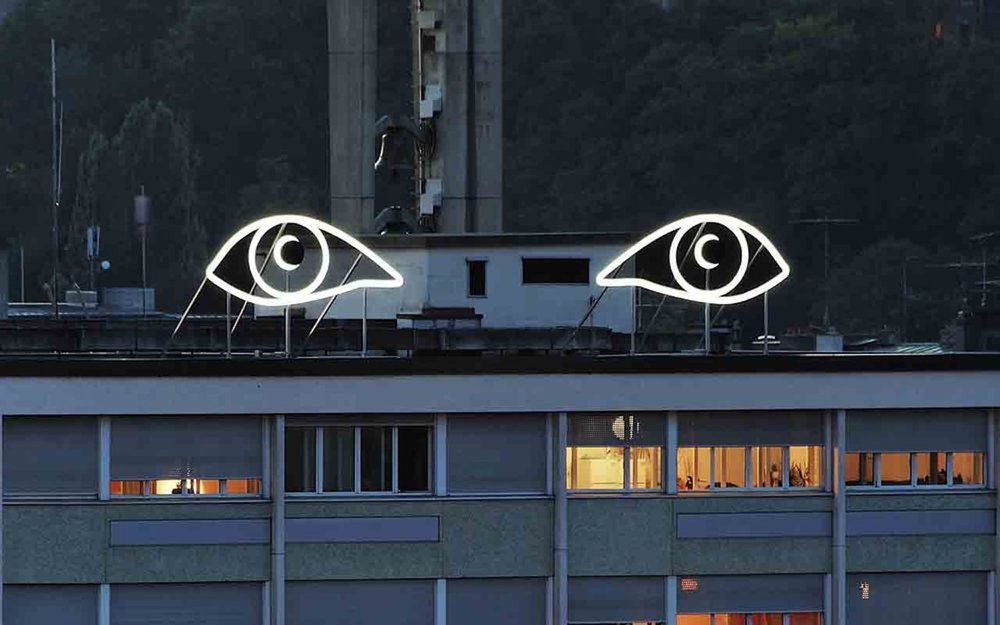 Neon Parallax began in 2006 with a call for artists to create neon signs, employing the style of commercial signage but containing an artistic message. Eight artworks were commissioned by the Fund for Contemporary Art of the City of Geneva and the Canton of Geneva with a ninth piece supported by a private banker for the roof of Lombard Odier Bank. Each of the winning signs were placed on top of buildings around the Plaine de Plainpalais. By 2012, each sign had been installed with an agreement with the buildings owners that the works would remain in place until 2022.

The addition of artwork to the roofs of an already dense public space allows for a new visual layer to be added to the area without creating clutter or added density. Along with adding art to the urban environment the installations question the form and locations which are typically used for public art and advertising.

The project was delivered with a total budget of 950,000 Swiss francs, with an average of 125,000 francs per intervention. The project was divided across four periods - 2006-2007, 2007-2008 and 2008-2009 and 2011-2012. Each Fund therefore spent a total of 475,000 francs on the overall project, including all costs of organizing the competitions, the jury, the fees of the artists and the architect, the production of the artworks and their promotion. The ninth artwork was commissioned by Pierre Darier, a private banker, for Lombard Odier & Cie's roof.

The artworks include YES TO ALL by Sylvie Fleury, which saw the artist borrow a slogan from everyday circulation, employing a ready-made approach. As is common in Fleury's work, the artist has drawn on the everyday world of fashion and design, allowing the public to be seduced by the optimism and universalism of the message it conveys.

Other works included Expodrome by Dominique Gonzalez-Foerster, a luminous installation composed of letters in LED whose typography allows individual or fragmented language to emerge, according to four possibilities: orange, white, pink or off. The complete word of the sign appears every hour for one minute. The rest of the time the sign appears dysfunctional displaying parts of the overall word ("rom"), a letter ("x") or abstract signs. Although appearing to be broken, the rhythm of malfunctions provides a reliable point in citizens day - the "x" always appears on the half hour for instance - which enables citizens to use the artwork as a secret clock. The artwork with it's lack of legibility largely stands in opposition to the supposed 'perfection' of advertising signs, many of which surround the edge of Geneva harbour. 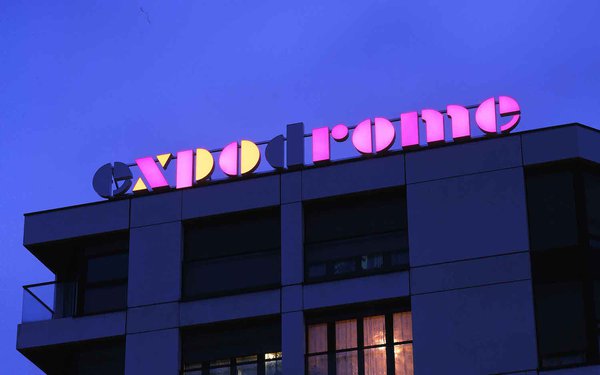 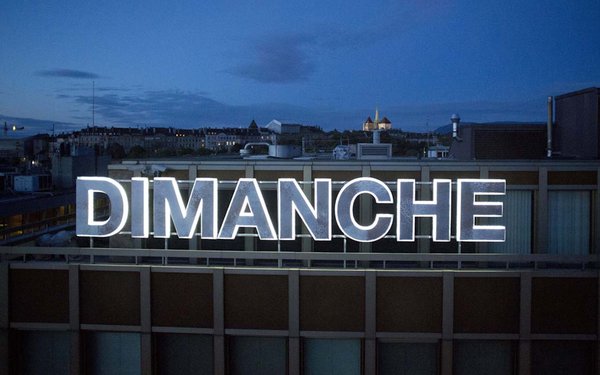 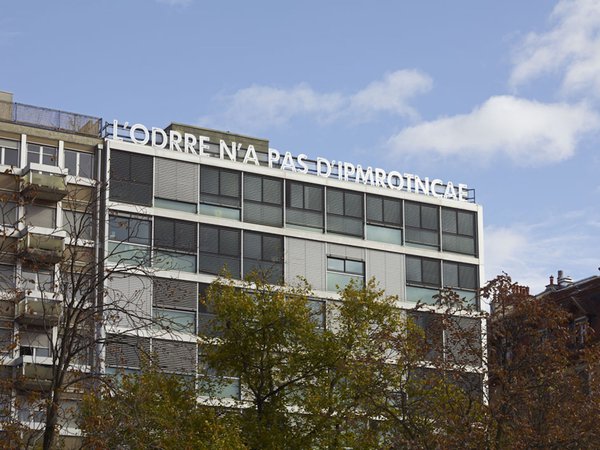 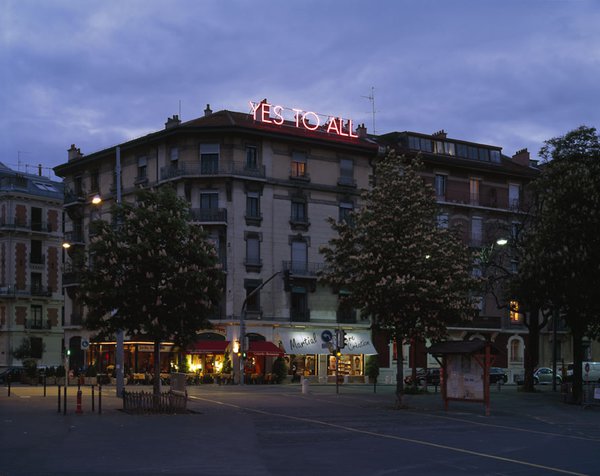 YES TO ALL Sylvie Fleury, 2007, Geneva. Photo courtesy of City of Geneva (FMAC) and the Canton of Geneva (FCAC) 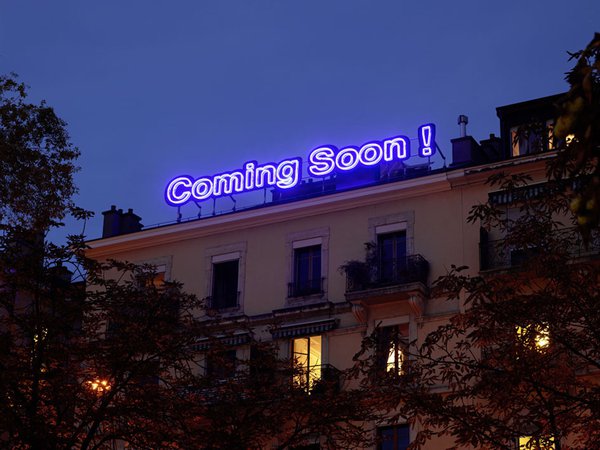 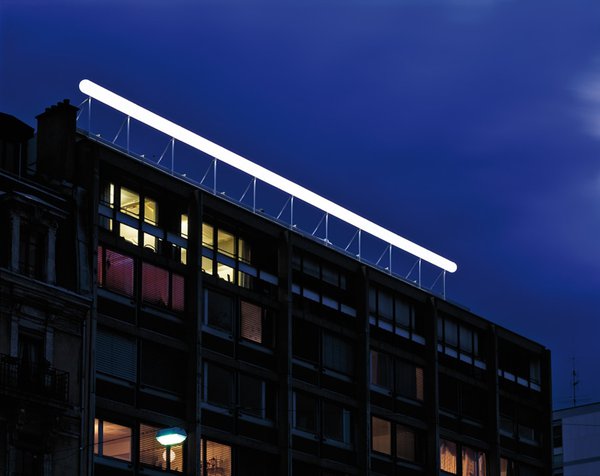 Breath, Jérôme Leuba, 2007 (removed in July 2017), Geneva. Photo courtesy of City of Geneva (FMAC) and the Canton of Geneva (FCAC) 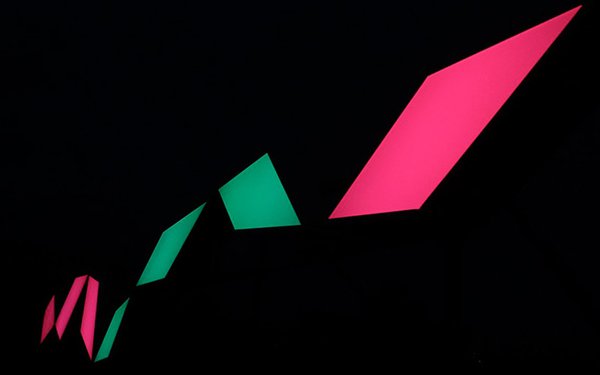 Fly A Dragon Kite, Nic Hess, 2009, Geneva. Photo courtesy of City of Geneva (FMAC) and the Canton of Geneva (FCAC) 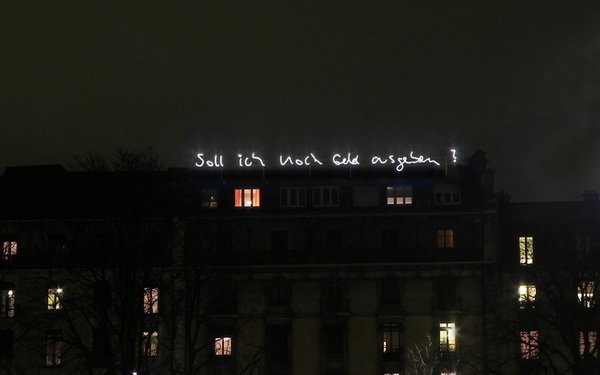 What I Still Have To Take Care Of, Christian Jankowski, 2008, Geneva. Photo courtesy of City of Geneva (FMAC) and the Canton of Geneva (FCAC) 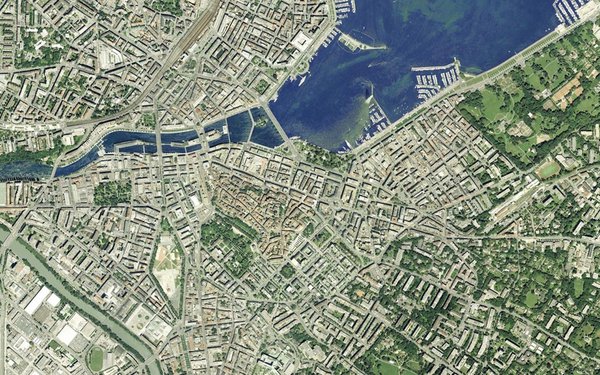