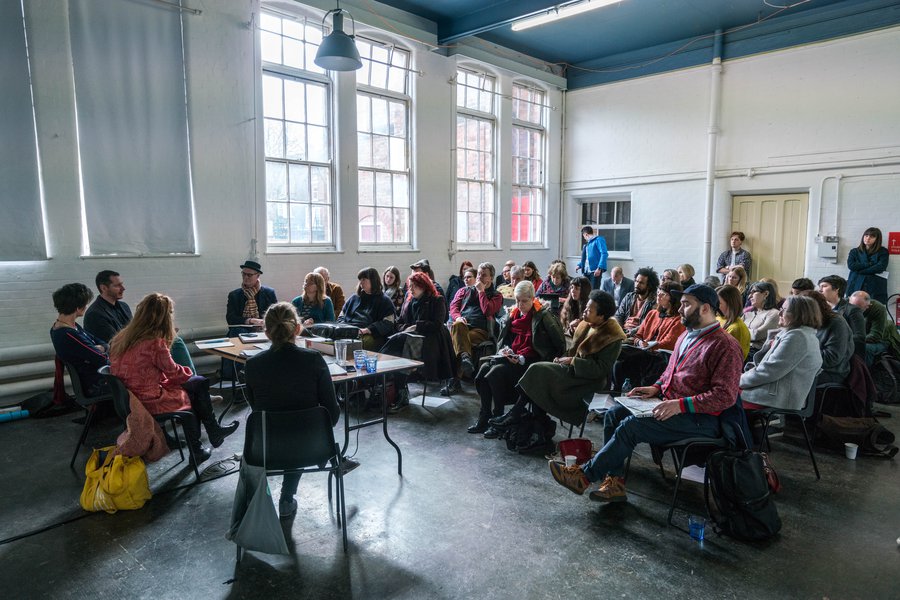 In 2018, Primary and the national Arts and Place Working Group joined forces to invite the arts, cultural and built environment sectors from the East Midlands region to engage in a conversation around embedding the arts and artists in place. Over 50 participants attended at Primary’s artist-led space in Nottingham to hear from a range of speakers and engage in debate.

The afternoon kicked off with presentations from three speakers, each exploring different approaches to arts in place projects.

Aldo reflected on his time working as the Senior Public Art Officer in Bristol discussing how he had been in a good position to have an overview and the opportunity to help shape what was happening across Bristol. A key point Aldo made was that Bristol embedded arts and culture into their Local Plan, developing a public art policy and strategy including supplementary planning document which enabled works to happen.

Amongst a number of projects referenced Aldo highlighted The Black Cloud by Heather and Ivan Morison. The approach included creating a space for the public and involving the public in the making process – almost a ‘barn raising’ with supporting parallel activities, food, drinks, den building to celebrate the arrival of the space. The Black Cloud was used a lot by the local community and included an events programme. The work was temporarily in place for four months and was subsequently installed at The Hepworth Wakefield and now resides as part of Eastside Projects in Birmingham.

Diane provided an introduction to Folkestone and an overview of the Folkestone Fringe Festival explaining the unique conditions in the town which includes a major benefactor Roger De Haan supporting much of the arts and cultural activity. Diane explored how the fringe works, providing a space for dialogue between local people, the rapid change taking place in the city, and the influx of art during the triennial – supporting the community to re-claim space.

Diane spoke of the post-triennial slump which led to new conversations with potential partners and revealing of common agendas which organisations such as the Folkestone Quarterhouse. Together they now deliver a number of smaller festivals and events each year – using “Public Think-ins” to ask the public what they want to explore. Diane advocated for the festival format as a cultural activator and agitator.

Suzannah introduced The Renewal Trust, a regeneration charity working with communities in the neighbourhoods of St Ann’s, Sneinton and Mapperley in Nottingham. The trust is particularly interested in nurturing local artistic talent and career progression in the arts. Their creative programme is relatively new and came into being by working with communities in lots of different ways, they’re unique because they’re not an arts organisation and don’t specialise in one art form but rather focus on artistic excellence.

Suzannah explained how they place value on people through the arts to change attitudes and perceptions of an area that is labelled as ‘deprived’, how the arts can disrupt negative ideas and can offer different narratives of a place. They want to give communities a say in shaping what they want to see and make people feel differently about where they live. The Place project is about the space that sits between art and community. Suzannah discussed how the Place project is now embarking on a period of engagement to find new groups and venues, to understand what the barriers are to participation. The Renewal Trust are embarking on a new model of working, flipping their previous approach of commissioning artists to bring projects to communities, and instead inviting communities to get involved in decision making.

These short presentations were followed by smaller group workshops:

When explaining the development of ‘Rise’ Wolfgang talked about how art can become a symbol of hope and have the power to bring communities together. The importance of engaging communities to enable people to take a sense of ownership was stressed.

Referring to ‘The Hive’ Wolfgang spoke about how art can translate real time events and data to create work that is constantly changing. He also spoke about the sustainability of temporary works and the potential for designing to enable a second life or multiple installations. This led to discussions around how one simple idea can blossom and lead to further iterations and exploration such as ‘The Hive’ leading to a series of new soundscapes and subsequently performances at Coventry Cathedral.

The group talked about an artist’s ability to grab hold of issues and ideas, distil them and create something tangible that can be discussed and debated openly. For example ‘The Hive’ seeks to highlight the importance of the honey bee in our food chain and their plight as a species.

Bo opened up the session by reading some of the descriptions used by funders to categorize and describe audiences, including ‘hard to reach’, ‘uninvolved’, and ‘not engaged’ – which raised questions what’s considered to be valid as arts and culture, the classism inate in these terms, and if there could be more positive and accurate ways to understand barriers to ‘engagement’. It can be the arts venues that are ‘hard to reach’ rather than people.

The group discussed the use of the term ‘community’, recognising that this is never singular: communities comprise many different groups , and might collate around different centres from a specific locality to online spaces or a community of interest. There was also reflection of the role of arts spaces and projects at a time when we are seeing significant cuts to community spaces. Do the arts support resistance to this erosion, create alternatives, or can they ‘artwash’ the process?

The group shared experiences of working on projects with varied communities, different forms of collaboration, and emphasised the importance of building trust and needing enough time for a project to evolve. Evaluating the social impact can be challenging – but it’s often the things that you can measure that have the biggest impact. Some advice that cam from this discussion was to keep working with grassroots organisations, don’t wait for permission, and don’t always rely on funding.

Bahbak spoke about a current project with Nottingham Contemporary and Narrow Marsh residents.  The process began two and half years ago when he conducted artists walks in the city. Later Nottingham Contemporary commissioned him to work with its near residential neighbours in Narrow Marsh, an area that was undergoing redevelopment. He was able to negotiate the parameters of the commission with the gallery. This led him to use previous research about a residents group at Hyson Green Flats in the 1970s and 80s to inform his approach to engaging with this particular group. This influenced the creation of a Narrow Marsh resident’s group through organising a number of events such as the Cliff road Street Party and slowly building relationships between neighbours to the point that they are now actively organising and are going to publish their own newspaper.

The discussion that followed was very interesting covering issues such as: was this art or community organising; does there have to be an aesthetic outcome to an artistic process? Bahbak was happy for it not to be identified as art, as the project is coming from collective decision making and participatory design in this case. He is interested in the way that artistic devices can be instrumental in design process.

The group talked about: where the responsibility should lie for the newly formed resident group he would leave behind; how does an artist disentangle themselves from a community they have been working with for a long time; what difference the project has made and that perhaps success could be measured by the quality of the relationship between the residents group and the city council planning department.

Key points emerging from the day 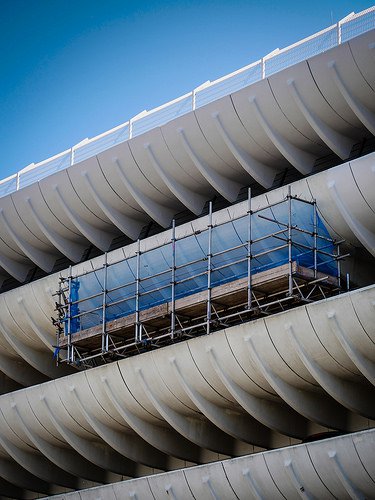 The first regional conversation was held in Preston in 2017, examining what a future national government policy for the public arts could look like.

Big Meet 8: Artists and the Arts in Placemaking 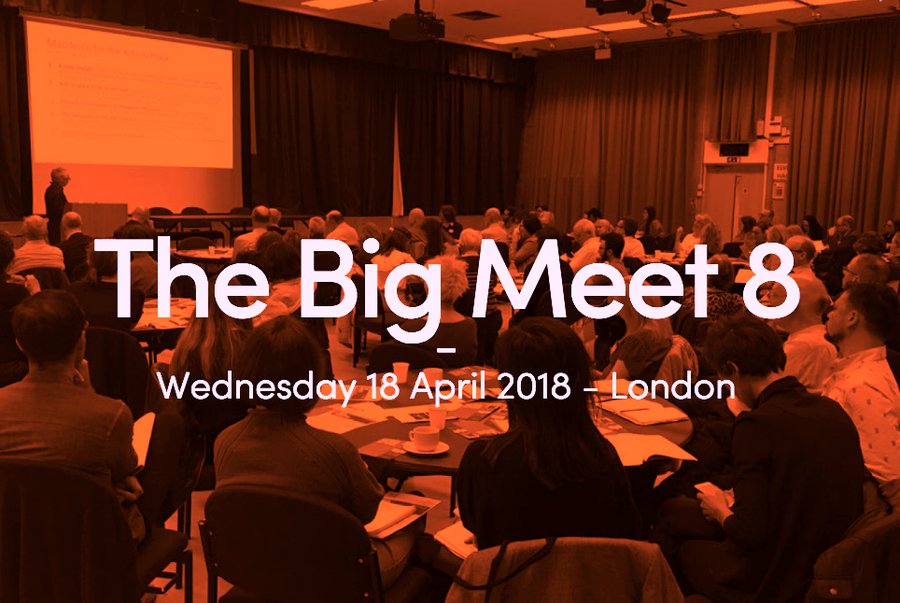 Organised by the Arts & Place Working Group 'Big Meet 8: Artists and the Arts in Place-Making' took place at Jeffrey Hall, UCL on the 18 April 2018. 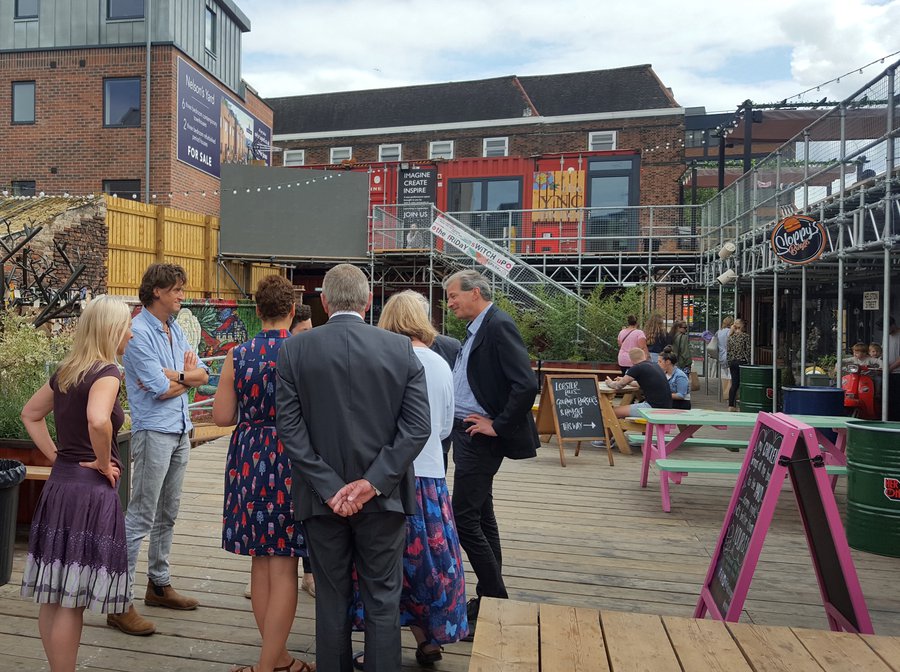 Organised by Beam as part of its national Arts and Place programme, with funding from Arts Council England. (July 2018)

Farrell Review 5 years on - what's next for the built environment? 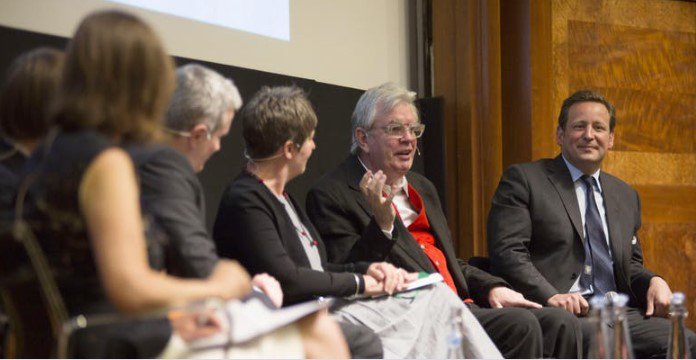 This event in February 2019 marked the 5th anniversary of the Farrell Review of Architecture and the Built Environment. Reflecting on recent achievements, government and industry leaders asked “what more can be done in the future?".

We are pleased to announce that the 'Big Meet 9: Placemaking and Design Leadership' will take place in London on Tuesday 2 April 2019, at UCL. 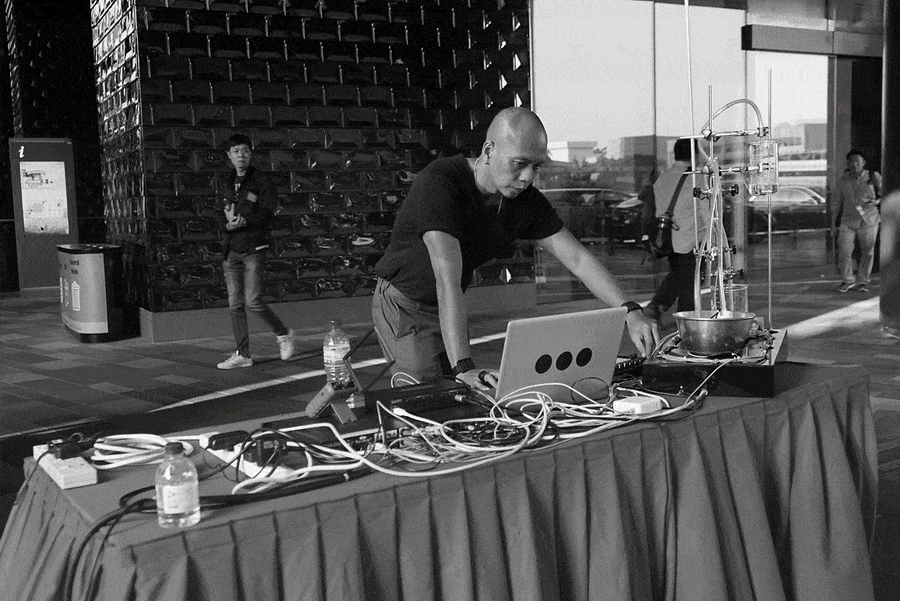 NTU CCA Singapore is pleased to present Art, Urban Change, and the Public Sphere, which engages with art in privately owned public spaces through a Public Art Education Summit and research presentation. (Oct 2019)

CAS Consultancy: Public Space and Culture After the Virus 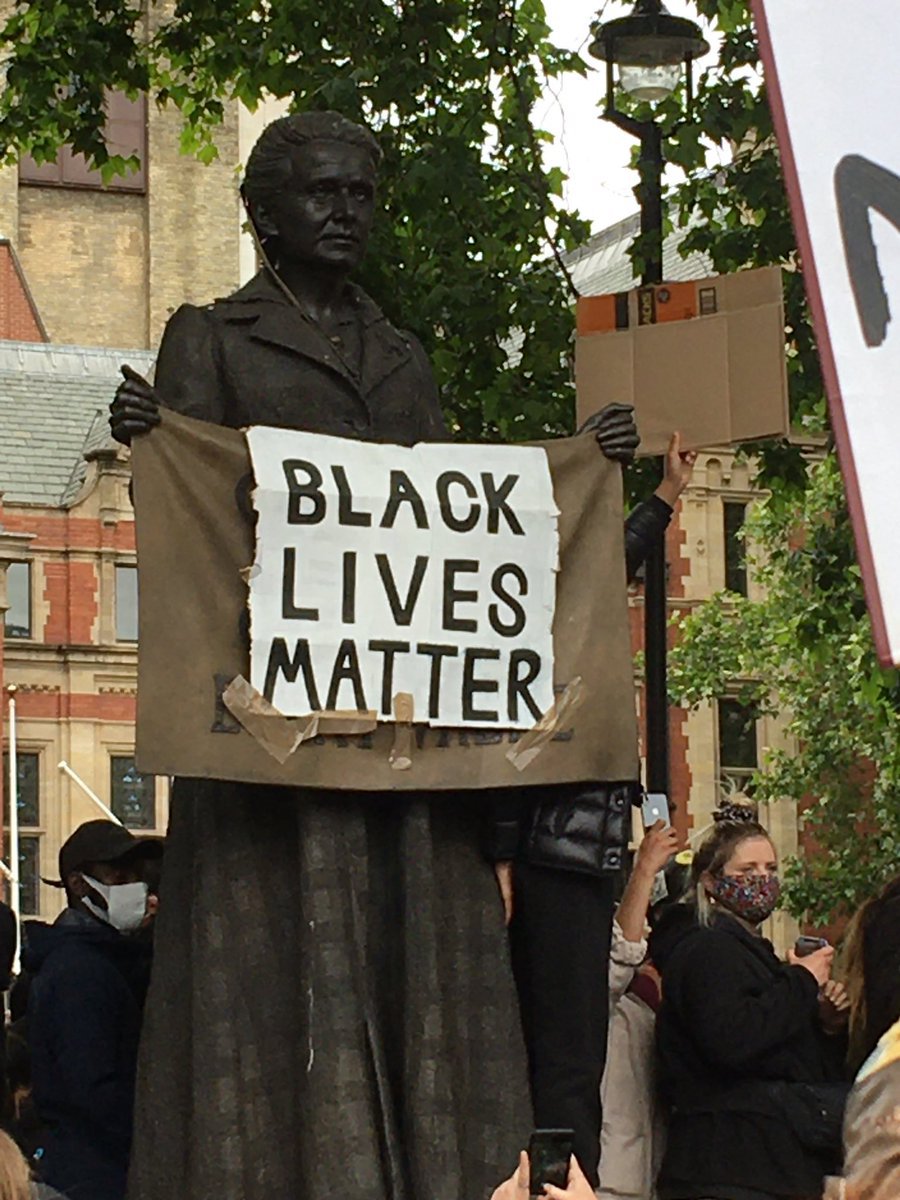 A conversation between architects, urbanists and cultural place makers. 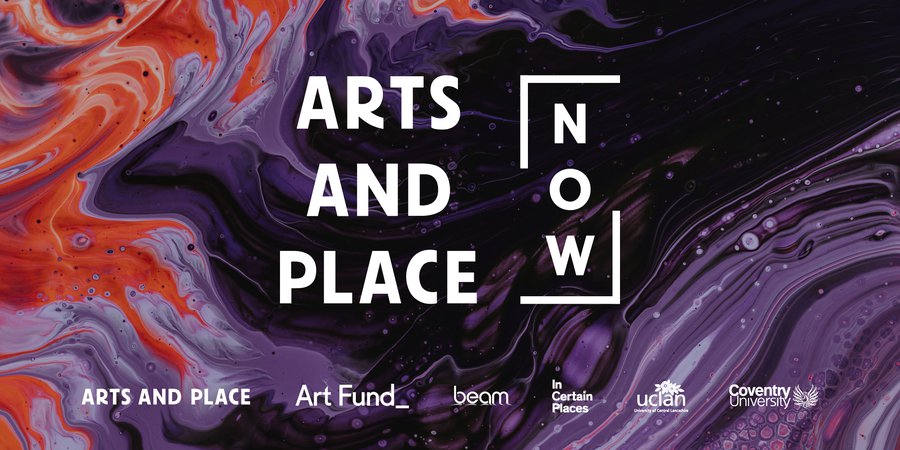 Arts and Place NOW was a series of free online conversations curated by the National Arts and Place Consortium that will shine a light on exemplar projects amplifying the artists' voice in placemaking and exploring the future role of artists working in the public realm.